(*Ch’Nord : means « Up’north » in the local North of France dialect)
Let’s suppose Bousbecquistan is set in a fantasy Far North !
All’them musicians, they come from up’North (of France), the North singing in Ch’ti* (*Ch’ti is the dialect from North of France), with beer and thurst for life ! But….them musicians, they’re sad, ‘cause today they’re mourning, « crying in their beer ». They’ve lost their conductor, their compass, their bearings ! So, you, friend and audience, for tonight’s concert, you’re invited to get on stage and take the lead and the baton and become the new conductor for spectacular orchestral improvisations, that way they won’t be sad any more.

The Bousbecquistan Hymn : « From the cot to coughin’ in a coffin,
one drink, only one drink will remind me of m’ Mom, and as blood flowing in my veins, beer gives m’life a taste that’s less Bitter» 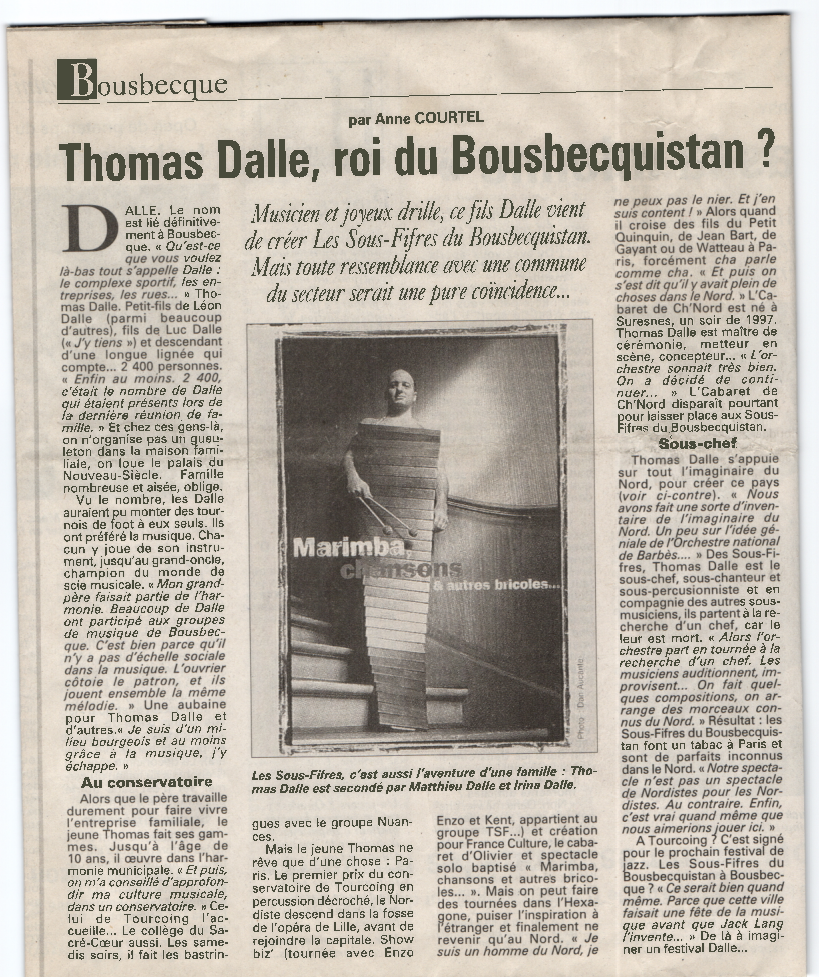